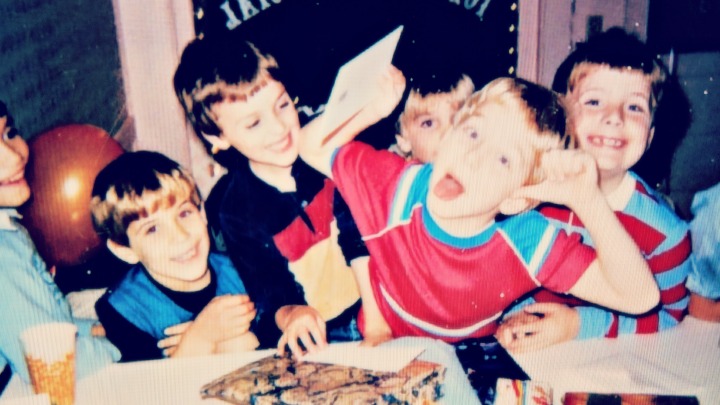 My family is bat shit crazy.

That’s something I’ve been saying my whole life, not realizing that I was right there with them. When my secret addiction came to international crisis — it was big even for our dysfunctional family.

The picture above is one of the first times I remember feeling high. There were no drugs involved, except sugar. It was my 9th birthday party. I was more than hyper, it was the feeling of divinity. It was a state of mind I’ve been chasing to this day.

I had serious life stress in childhood. My mother suffered from mental illness and my dad was always absent. We had family dysfunction, poverty, abuse, even some time in foster care. I think there was a cult at some point around kindergarten (I’m a little fuzzy on those details).

Life stress as an adult kept growing. We were raising 9 kids (some birth & some adopted). I was in denial about my crumbling marriage, and my mood disorder was becoming severe. My first thought each day was how can I get drunk before the kids wake-up. If I had booze in the garage that was also the last sober thought of the day. It all crashed down at age 39.

So what came first? I’ve been asking around my friends and most people think it all happens at once.

Of course, these problems all feed off the others. Alcohol makes everything worse. Mental illness is an endless source of life stress. Looking up from rock bottom, I saw that it was a spiral staircase with lots of different bumps along the way.

The 12 steps are teaching me about my character defects and the chaos they cause before, during, and after alcohol.

My therapist is teaching me about my career burnout, absence of self-care, and the bonding failures in my marriage. Those are all realities that I was hiding behind my drinking.

My psychiatrist is exploring my bipolar diagnosis and testing to see if medicine can help. I’m realizing that being a little moody isn’t just a personality quirk. I’ve got a serious disorder that predates my addiction. It was just in stealth mode because my behavior was so dominated by drinking. 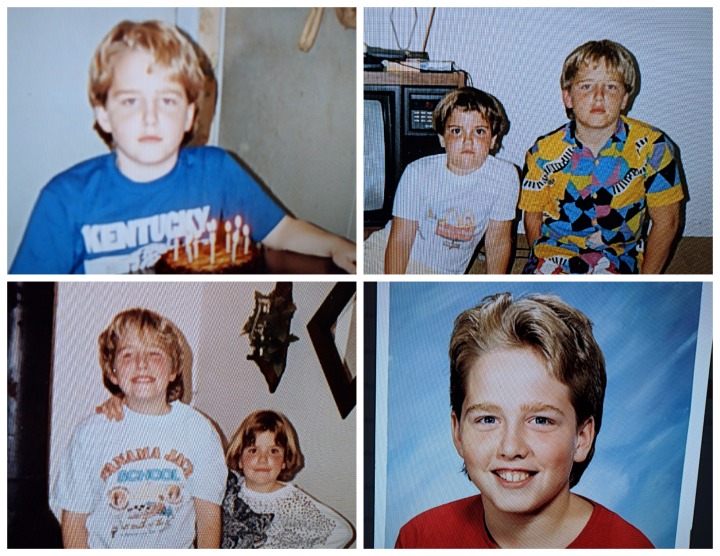 I was looking back through family photos with my brother. In every picture you could easily see if  little Tony was “up” or “down.” The early version of my mood disorder was unnoticed, even now my mother swears I was the perfect child.

My depression phase didn’t alarm anyone because it wasn’t crying – I mainly experienced a total loss of interest and had a spaced out look. That sounds like a normal kid being bored, except it was more extreme. I learned to live totally detached.

My hypo-manic phase didn’t alarm anyone because I was the still a perfect child. Super friendly, helpful, obsessive about homework, and always making people laugh. People liked me when I was up.

You could never do anything normal. It had to be bigger and better than everyone else.

That was my sister’s description of my current life breakdown. She’s the cute sidekick in the pictures above.

In December, I didn’t just leave my wife, I left the entire country and stopped speaking English. I didn’t quietly go to rehab, I made my whole recovery story a reality theater on Twitter and this blog.

We’re still looking when I had my breaking point. Somewhere around age 35, I had a radical personality change, but I was hiding behind the alcohol so nobody knew what the difference. Almost overnight:

What problem should recovery address first?

The day I quit drinking there was one root evil in my life – alcohol. I imagined that if I could get that under control the reset would be rainbows ???? and unicorns ????. I was living in the pink clouds.

That was a little optimistic.

Nothing could be fixed with active addiction in control, but Sober Tony was still a hot mess of a human being. Those problems, didn’t start with addiction and getting sober won’t fix everything. I need a deeper kind of recovery. 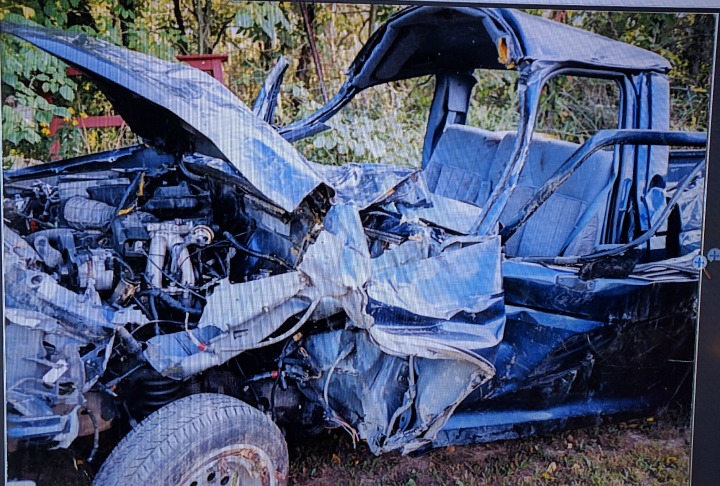 I was driving that truck – totally sober, 17 years old, but I felt invincible. Mood disorders can be dangerous. When I feel hyper things get out of control. I say too much, drive too fast, buy too much, and used to drink too much.

This is the a disease that can destroy 20 years of your life in one weekend.

That’s what my psychiatrist said about my hypo-manic episodes. Impulsive Tony things he is infallible. When I’m really on a high you can’t convince me that I’m wrong. Add alcohol into that mess and you get some a disaster, even if I never reach full psychosis.

Today my life is that wreck, but with recovery means there is hope.

???? WE are going to get this mood disorder under control

???? WE are going to live the serenity prayer, no matter what stress exists in our lives

What do you think?

I’d love to hear your feedback on these topics. Just leave a comment below to start the conversation. It’s kick-ass friends like you that keep this blog going!