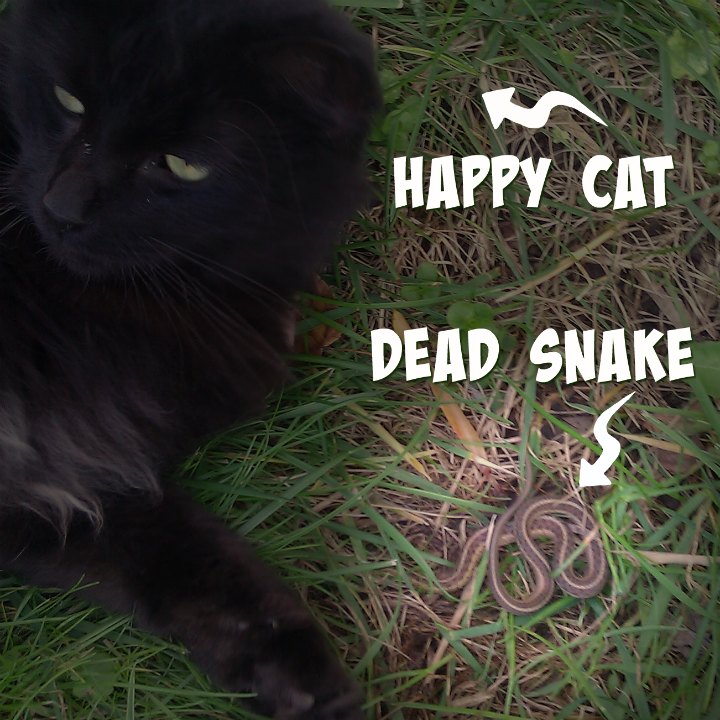 That was my badass cat. He ate snakes for breakfast. RIP Magic Fife.

I’m not going to lie, snakes are nasty. From the first pages of the Bible, to the sneaky thing in your garden – we have deep psychological reasons to hate these creatures. 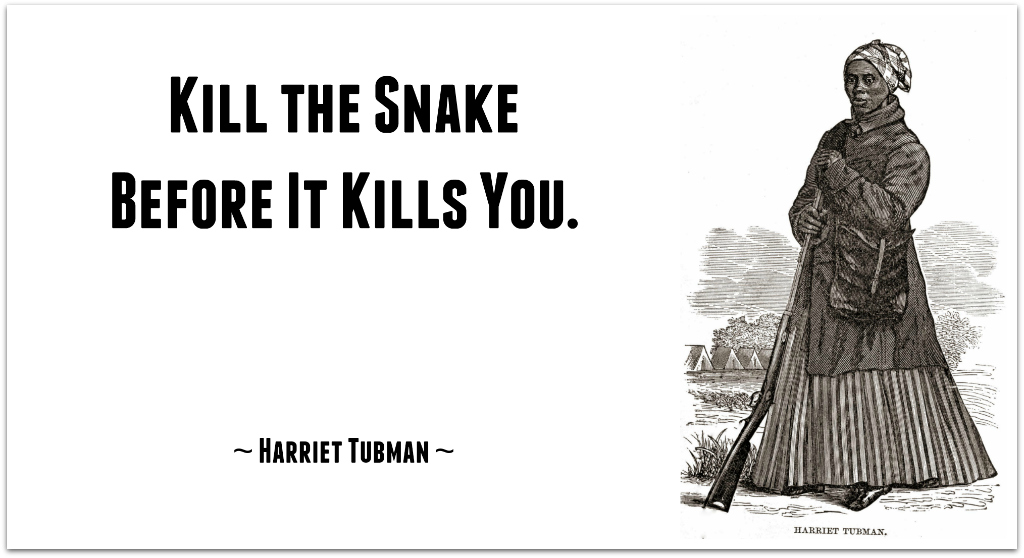 You’ve probably seen her quote floating around Pinterest or Tumblr. I tracked down the real version and it was way better.

Harriet Tubman escaped slavery and helped others do the same. She wrote the following in 1862. She says the US Civil War would be a waste if slavery wasn’t forever abolished.

God won’t let Master Lincoln beat the South until he does right thing. Master Lincoln, he’s a great man, and I’m a poor Negro but this Negro can tell Master Lincoln how to save money and young men. He can do it by setting the Negroes free.

Suppose there was an awful big snake down there on the floor. He bites you. Folks all scared, because you may die. You send for doctor to cut the bite; but the snake rolled up there, and while doctor is doing it, he bites you again.

The doctor cuts out that bite; but while he’s doing it, the snake springs up and bites you again, and so he keeps doing it, till you kill him. That’s what Master Lincoln ought to know.

She was right and President Lincoln eventually did the right thing. He killed the snake.

Her advice still holds true. You can’t ignore a mortal enemy and hope it goes away. It’s kill or be killed.

For Tubman, slavery was the snake and the Civil War was just one bite. Enslaved Americans had suffered many bites. The slave industry showed the real character defects of this young nation: pride, racism, and love of money. Her fight was to kill the snake of slavery in America. Some moral inventory is much-needed for America 2017 (but that’s another subject).

Our addiction fight is different, but we can learn from her.

We’ve been in a different kind of slavery. Addiction was our cruel master, but we escaped. We’re still on the run because our he’s hunting us everyday. He’d rather see us dead than free. We’re doomed if we get caught again.

That’s our snake. We need to kill it.

Harriet is not famous just because she survived. She went back to help others, each time risking her life to help friends and family.

Born into slavery, Tubman escaped and subsequently made some thirteen missions to rescue approximately seventy enslaved families and friends. (Wikipedia)

I’m only sober today because so many others have helped me along the way. I couldn’t escape the alcohol trap without help – AA books, recovery friends, and the sobriety posse online. Every time I say thanks, I get the same response.

Carrying the message of recovery helps keep me sober. If you want to beat this disease, you need to find someone to help.

That’s what I want to do with this blog.

I’m fighting for my freedom everyday, but I got your back too. Addiction is the snake that’s biting us, we’re going to kill it together.

* Note for animal lovers. I am using snake as a metaphor, following Mrs Tubman’s example. I know that most species of snakes are no danger to humans. I never condoned my cats slaughter of baby snakes.

** Escaping the snakes video – this one gave me a nightmare, but it’s a great illustration of why we need to stick together and kill the snake of addiction.