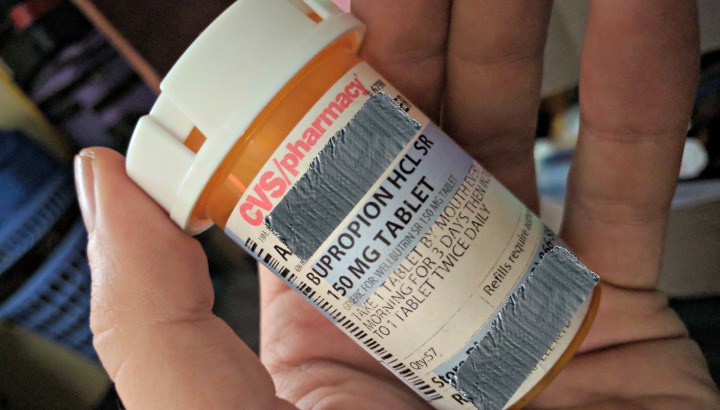 I sat nervously on the exam table and fumbled for the right words. The young nurse had asked a simple question and I was nearly in tears.

Do you have any other questions?

It was only a routine checkup for my blood pressure medicine, but I suddenly opened up about my mental health.

I’ve been dealing with some depression the last 6 months and I can’t stop crying sometimes.

Even as I said it the shame began clouding my eyes with fresh tears, quickly pooling at the corners and threatening to run down my cheeks.

My divorce just went final. I’ve lost interest in everything. I don’t even want to see my kids anymore. I’m feel stuck and wanted to ask about an anti-depressant.

That was the start. I would repeat everything in more detail when the provider came, explaining the failure with Depakote. It was too expensive to visit the prescribing psychiatrist anymore. I admitted my drinking was getting worse, though I omitted the obvious fact of my addiction.

We talked about some options and I asked if Wellbutrin was an option.

This was a medicine that had helped my mom for several years after the other antidepressants didn’t seem to work anymore. It was also one of the few that I’d read had some positive outcomes for addiction. In this case it was approved for Nicotine, but several online forums speculated about it’s possible help with alcohol cravings.

It could be a placebo effect, but the first week I didn’t feel much urge to drink. That helped me moderate to just a few beers a night. The second week the cravings were even weaker. The third week, I launched a new effort to get sober. Even flying back to Haiti to find a safe space for my week-long alcohol detox.

It’s almost magic. I had some random thoughts of drinking, but the sadness wasn’t overwhelming.  I was in a situation where I felt confident enough to quit drinking again.

This leads me back to my original question – Does Wellbutrin help with alcoholism?

I’ve read more than I understand on the topic, but here’s the basic theory. Bupropion is a mild stimulant that also affects dopamine levels in the brain. It prevents the rapid drop in this neurotransmitter, which has been shown to weaken cravings for nicotine and food addictions.

The drug addresses depression, which is frequently linked to addiction. In my case, this aspect of my mood disorder was always a strong cue in my drinking habit. When I got the blues, I always turned to the bottle.

Obviously, my experience can’t be conclusive, but at this point I’ll take the help. Maybe it’s an accidental side effect or simply the placebo result of me reading too many Internet forums. This week I’m heading in the right direction again.

I feel like I have a little extra help in my corner.