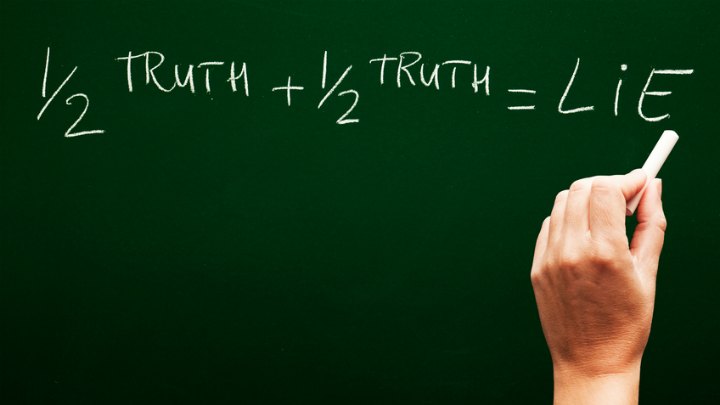 I’ve been lying to myself.

That’s a central piece of the addiction puzzle. We can’t be honest about the problem that alcohol has become in our lives. So here are five ways I was self-deceived before I decided to go sober.

1. It’s not making you sick. This should have been obvious, but no headache meant no hangover so what’s the damage? Never mind I was always feeling tired, confused, and generally out of sorts. I guess feeling so bad for so long made it almost normal. After going sober only one week I’m shocked to feel young again.

2. You deserve to enjoy life a little. I married young and have more kids than anyone else I know. I’ve never been out of work, earned a master’s degree, and launched several profitable business ventures. Why not slow down a little now in my 30s and just enjoy life. The flaw in all this, is that I settled for the cheapest and most deceptive form of fun available.

3. It makes you a more friendly. Once I told a friend how it would be wrong for me not to drink, why inflict my grouchy self on the world without a few beers to lighten the mood. That’s obviously not true. I was as likely to be mean as happy when I was drunk. Not to mention how crabby I felt when the booze wore off.

4. Going totally sober would be an overreaction. In all things moderation, this is a great life strategy. My alcoholic brain had the audacity to turn this into a reason to keep drinking. It would just be too radical and extreme to go completely without alcohol. I even thought in some twisted way that I can be a good example to my kids by moderate drinking.

5. If nobody notices my drinking problem, it can’t be that bad. There was no intervention and the only person that knew I was drinking most days was my wife. She knew it was better not to raise the subject, because I would only drink more to show her I was fine. I was never pulled over for DUI, although it should have been. It was remarkable that I could keep so many problems covered up. But that doesn’t mean they weren’t there.

So there’s my little confession for today. I was a liar, but I’m working on it.

Today I’m still sober and starting to speak some truth.

I can’t agree more with this post from my last sobriety attempt. Making it to 15 days sober was a big deal and I can see how I was starting to understand my addiciton more every day. I really wish I had held on to these things and not relapsed.

Bottom line: Alcohol is a poison that lies, manipulates, and hacks my thinking. There is zero benefit and it can never make me happy.